One of the first great alternatives to Brazilian Rosewood, East Indian Rosewood is versatile, powerful, and one of the most popular tonewoods of the past 40 years....?it has been the go-to choice for boutique builders and major manufacturers because it's beautiful, extremely stable, and often much less expensive than more exotic rosewoods. Loved by flatpickers for its volume and booming low-end growl and by fingerpickers for its sparkling highs and distinct note separation, it can at times be precisely delicate and at others unapologetically thunderous.

East Indian Rosewood works equally well by hand or by machine and it bends quite comfortably. Although it's slightly less dense than Brazilian Rosewood, it is generally more dimensionally stable and significantly less prone to cracking.?

East Indian Rosewood is visually stunning as well, with hues of chocolate brown commonly found alongside hints of gold, red and purple. The wood darkens with age, usually becoming a deep brown. All of this adds up to a tonewood that is dependably workable and audibly remarkable.?

East Indian?Rosewood?is listed on CITES appendix II under the?genus-wide restriction on all Dalbergia species?which also includes finished products made of the wood. It is also listed?on the IUCN Red List as?vulnerable due to a population reduction of over 20% in the past three generations, caused by a decline in its natural range, and exploitation. 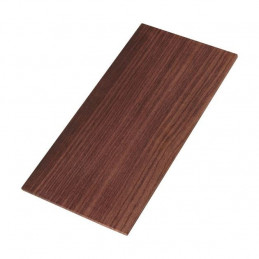