T. Chowdiah: The Man Behind the Seven Stringed Violin

As a 12-year-old when T. Chowdiah once accompanied a popular vidwan at a concert in Mysore, he was embarrassed about his bow slipping into a fleeting phrase of apaswaras (wrong notes). A vidwan in the audience rushed towards the dais angrily and slapped the aspiring violinist for the mistake. “Aren’t you ashamed,” he asked Chowdiah, who, without once lifting his head up, performed the rest of the concert in such a way that it received thunderous applause.

“Guruji, your slap is a wake-up call for me. It will forever remind me to be alert,” said Chowdiah to his guru Bidaram Krishnappa, a taskmaster and a well-known vocalist of Mysore in the 1900s.

The determined Chowdiah not only rose to accompany the most celebrated of Carnatic musicians, he also designed the unique seven-string violin to match the range of the human voice, since amplification was unknown then.

Chowdiah was at the forefront of establishing a bridge between musicians of the Mysore State and Madras. When the Chowdiah Memorial Hall in Bangalore, built in the shape of a violin, was named after him, it was the first time a musician in India had received such an honour.

“His exemplary artistry and endearing simplicity brought him close to all the top-notch vidwans [he performed with]. Chowdiah’s initiative helped many musicians perform at the Darbar Hall of the Mysore Palace, where he was the Asthana Vidwan,” writes the vocalist S. Krishnamurthy, former director of Akashavani and grandson of Mysore Vasudevachar, in his biography of Chowdiah, the only book in Kannada on the legend.

This year marks the 125th birth anniversary of Tirumakudalu Chowdiah (1895-1967). Born to Agastye Gowda and Sundaramma Tirumakudalu Narasipura in a town some 30 km from Mysuru where the rivers Kaveri and Kapila merge, Chowdiah’s childhood was spent on the banks of these rivers, in the lush geen fields and in the temples of Agasthyeshwara and Narasimha that are mentioned in the Puranas.

When Chowdiah was once waiting for the boat to take him to school on the river’s other bank, a scholar of the Sosale Mutt, Vidyakantha Acharya, asked him why he looked upset. “Amara and Raghuvamsha is what I learn in my Sanskrit school; I feel like running away to music lessons,” Chowdiah told him. The scholar convinced Chowdiah’s mother to allow him to learn music.

Sundaramma asked her brother to take Chowdiah to Mysore to train under Bidaram Krishnappa. He learnt from from Krishnappa for 20 years, absorbing all the nuances like blotting paper. He not only took vocal lessons but mastered the violin too.

“No mistake was spared; the punishment being long hours of practice. This is what helped him adopt a bold and adventurous technique and become a master violinist,” writes Krishnamurthy

With an imposing personality, both physically and musically, Chowdiah was soon accompanying veterans such as Chembai Vaidyanatha Bhagavatar, Ariyakudi Ramanuja Iyengar, Alathur Brothers, GNB, Musiri Subramania Iyer, Semmangudi Srinivasa Iyer and Madurai Mani Iyer, with percussionists like Dakshinamoorthy, Palghat Mani Iyer and Palani Subramanya Pillai on the stage. He composed more than 60 songs in traditional ragas and has more than a dozen tillanas to his credit.

Early this year, this writer had the opportunity to visit Chowdiah’s ancestral home at Chamarajapuram in Mysuru, where legends from the world of Carnatic music such as MS, Chembai Vaidyanatha Bhagavatar and Mysore Vasudevachar have stayed. “This is the space where MS practiced for hours under the guidance of my great-grandfather. To avoid facial contortions, she was told to sing in front of this mirror,” says flautist Mysore A. Chandan Kumar, pointing to a huge photo of MS near the mirror. 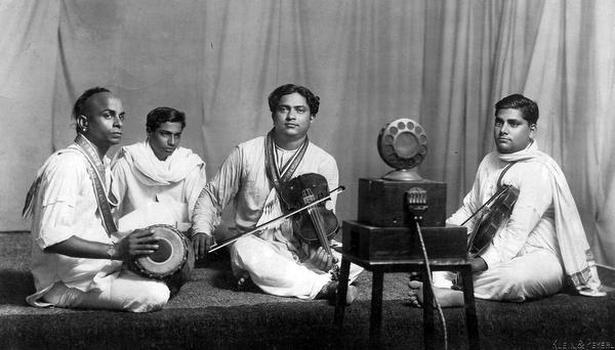 Chandan recalls that when the house was renovated, his father Anand Kumar instructed the contractor not to make any major changes. “This is the house where India’s violin legend Chowdiah lived, this is the house where my brother and Kannada filmstar, the late MH Ambarish was born, and this is where my son and flautist Chandan Kumar takes the musical lineage forward,” Chandan recalls his father telling the contractor.

Chowdiah’s granddaughter, Sheela Boraiah, who lives in Mandya, says the maestro was a simple man. He had three daughters and 14 grandchildren. “Bele saaru (lentil rasam) and puri with seekarane (aam ras) were his favourite dishes,” says Sheela, and remembers her grandfather’s early morning practice sessions. “His day would start with Saralivarse and Jantivarse, and only after that he would have his coffee.”

In the 1950s, Chowdiah’s son-in-law and Sheela’s father, Bheemanna Gowda, visited Germany and bought him a German violin. “He would play it for long hours. Finally, he remodelled it into a seven-stringed instrument. Its sound impressed even the then Mysore Asthana Vidwan Veena Seshanna,” says Sheela. Thus was born the ‘Chowdiah seven-stringed violin,’ considered a major landmark in Carnatic music. “His ‘wrist-taana’ was famous, where his wrist did the exercise, with no use for the full bow,” recalls Chandan.

In 1939, Chowdiah himself became the Mysore Asthana Vidwan. He was conferred the Sangeeta Ratna by the Maharaja of Mysore in 1940, and received the Presidential Award in 1956. The Madras Music Academy conferred the Sangitha Kalanidhi upon him in 1957. 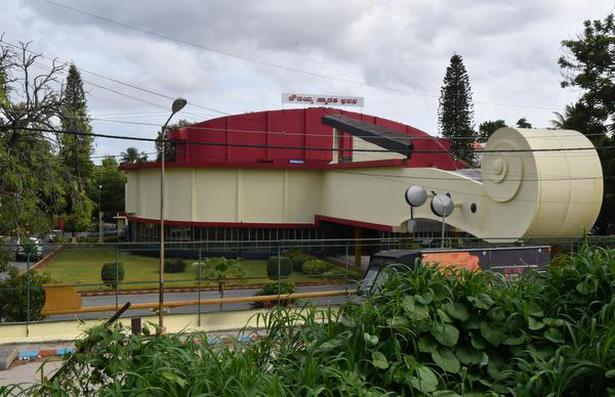 Chowdiah has composed more than 50 songs in Telugu, Kannada and Sanskrit. With a vision of documenting and archiving these compositions, in an accessible way, vocalist Manasi Prasad has taken up a project to record his compositions, supported by Chowdiah Memorial Hall. These compositions, along with notations, and other information about Chowdiah will be presented in a digital archive website – www.chowdiah.com soon, in partnership with Shankar Mahadevan Academy’s Archive with website content development done by Indian Music Experience.

Among the most prize possessions of R. Subbaraj Urs, the president of The Academy of Music (that runs the Chowdiah Memorial Hall) is Chowdiah’s seven-stringed violin, part of its collection housed in the hall dedicated to Chowdiah. “Chowdiah’s family came personally to hand over the heritage instrument, as they felt it was worth sharing it with the public,” says Subbaraj. He is also delighted that this special birth anniversary of the violinist coincides with the 40th anniversary of Chowdiah Memorial Hall. It was businessman and politician K.K. Murthy who took upon himself the mantle of creating a memorial for the violinist along with music connoisseur K. Srikantiah. The building came up in 1980, helped by a Rs. 20 lakh government grant besides bank loans and public contributions. Says Prasanna Kumar K, secretary of The Academy of Music, “My father Murthy had a bank balance of Rs. 500 then. People laughed at his dream of making a 1000+ seat hall on the 60,000 sq. ft site. But he wanted it to be one of its kind and shaped like a violin. Even the strings have been designed impeccably by architect S.N. Murthy. Today Chowdiah Memorial Hall and the Awards instituted in the names of Murthy and Chowdiah are taking forward the legacy of music.

A few years before Chowdiah’s death in 1967, Bheemanna Gowda bought a spool recorder from Japan and recorded several of his concerts. “We had about five spools of Chowdiah’s music. My son in Toronto has digitised them. We plan to bring them all out in CD form soon. The first CD with seven kritis was launched by violinist R. Kumaresh and vainika Jayanthi Kumaresh of Home Records a few years ago,” says Chowdiah’s granddaughter Sheela Boraiah.